Snake Eyes follows closely to its predecessors in terms of quality; not perfect, but not entirely terrible either, and is entirely saved by its hardworking cast.

Henry Golding can carry a movie and he does have decent acting and action chops. However, he deserves a much better star vehicle than this.  True fans of G.I. must be incredibly frustrated with this outing.  I would have rather watched the 1997 Snake Eyes starring Nicolas Cage again.

Even die hard fans of G.I. Joe should skip. 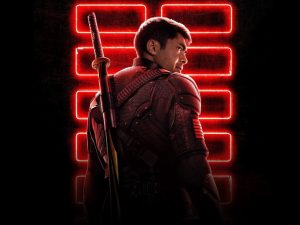