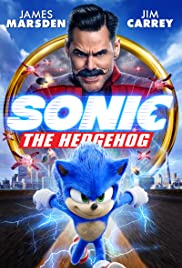 If you are searching for a fun escape, Sonic is the movie for you.  The adventure that ensues may not be a cinematic masterpiece, but as far as video game adaptions go, this one is a lot of fun.

I was worried about Jim Carrey’s Dr Robotnick from the trailers, but Carrey’s insanity and over the top acting works here.  Carrey and Marsden have incredible on screen chemistry that leaves you wanting more back and forths between the two.  Sonic offers an endearing message about friendship while still delivering laughs.

Sonic is fun and very silly, but is still worth your time.

Conspiracy theory time – there is a theory that the studio released the first trailer with a Sonic design that they never planned on using.  They released that trailer with the fake Sonic in order to create internet buzz about the movie.  If that is true, there is a marketing genius working at Sony as this was an internet topic for months.