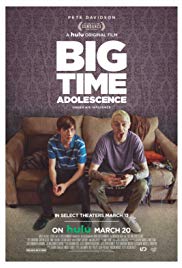 The story of the man with Peter Pan syndrome that just won’t grow up is one that most can relate with.  Pete Davidson proves he can handle a lead role and deliver the laughs in a groundbreaking performance.  However, I must wonder if Pete was even acting or just being himself.

Griffin Gluck shines as the straight man against Pete’s childish character Zeke.  Even Machine Gun Kelly brings his A game to this flick and helps deliver with the laughs.

This movie won’t change the world. But it could change an otherwise jokeless day for the better.