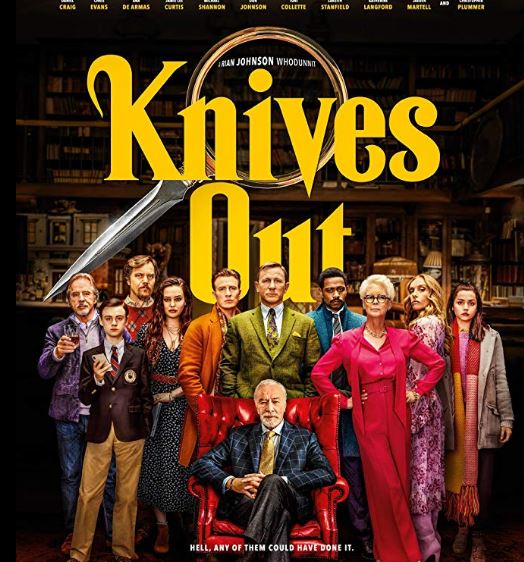 Normally when I see a films trailers boasting a “star studded” ensemble cast I think, bleh. Most of the time the bigger the names the more actors the more of a mess the film is. The recent Orient Express and El Royal are great examples of this. With that in mind, my expectations for this film were very low.  Boy was I surprised! I laughed my ass off while being glued to my seat. This who done it was more like a who didn’t do it. And by it, I mean deliver a great performance.  Jamie Lee Curtis and Christopher Plummer were both superb, outstanding work. Chris Evans, Don Johnson and Michael Shannon all play characters you’ve seen them play before and for that reason they were perfectly cast.  Ana De Armas is not as big of a name and stands strong next to these heavyweight actors.

Speaking of heavyweights, lets address the Elephant in the room. Daniel Craig’s Louisiana accent…It’s bad. Some how even with a bad accent his character remains funny and likeable. The only actor on film that seemed to be missing somehow was Toni Collette. Her character just fell flat.

The plot moves along at a break neck pace and has so many twists and turns and hilarious moments there will be no time to pee. My advice, skip the soda. Also my advice, get to the theater to see this film! You won’t be unhappy!