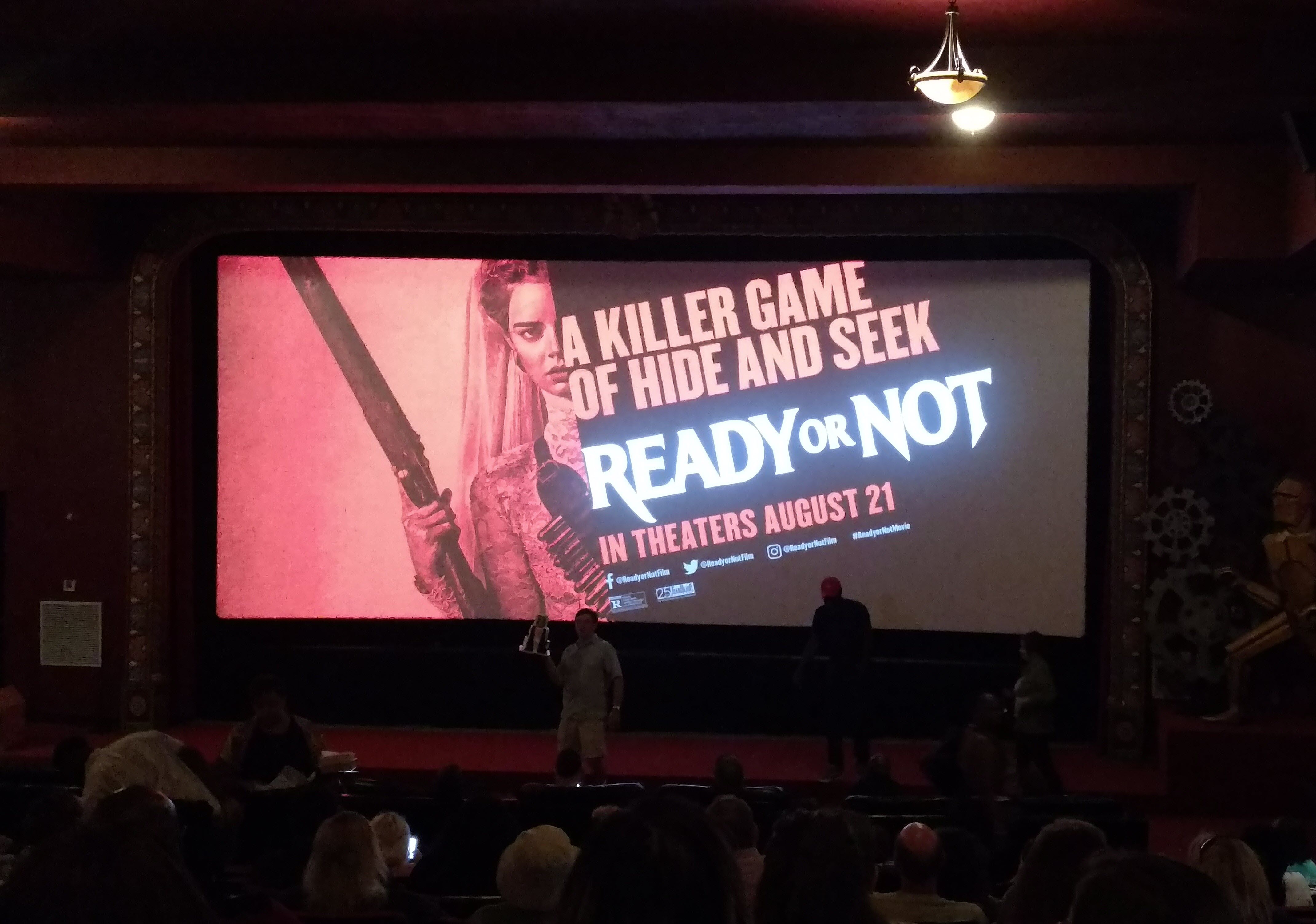 At no time to you feel a creeping dread or tingles crawl up your spine. Instead this film is a fun filled blood soaked romp of a dark comedy. The violence is so over the top you just have to laugh every time someone dies.

Even though it sounds awful you can’t stop yourself. I had the opportunity to see this movie in a sneak preview screening with a packed audience at the Screenland Theater and we all were rolling in our seats.

The plot is put together loosely with some string and devil worship and that’s ok. One can tell by the poster this is not a romance and we knew where it was going.

The cast is good, A little whitewashed, but good. Andie Macdowell is back and runs away with every scene she is in. I didn’t want to like this film. It seemed to cliché to me.

Like an executive at a studio said, “how do we make the purge a wedding film”? Despite my hesitation I liked this film. It will win zero academy awards.

It will however win lots of laughs and that’s what counts!